Help! What should we be for Halloween?? Here are some shots from past years to get you in the mindset: 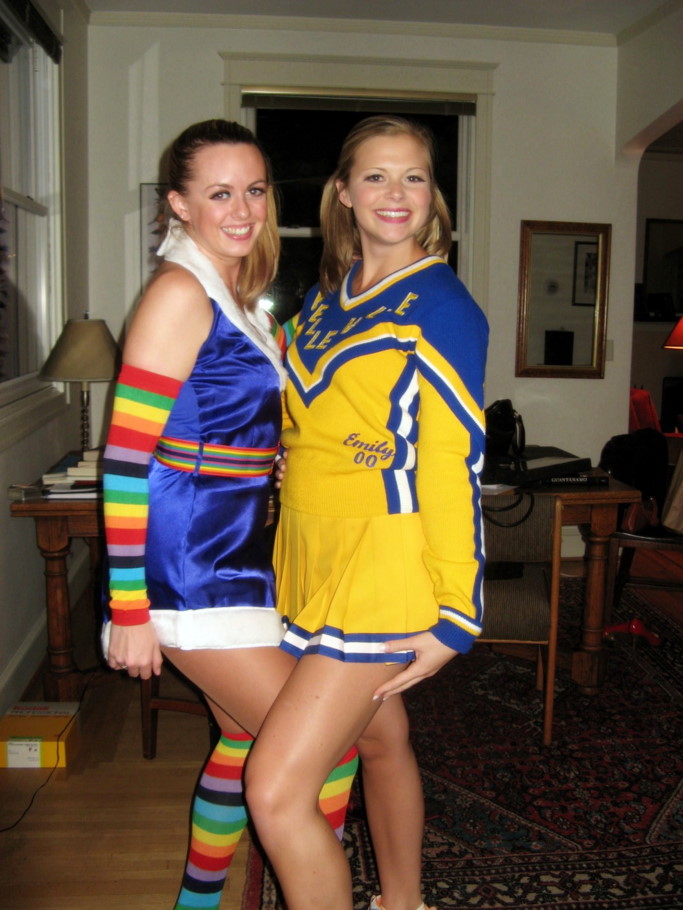 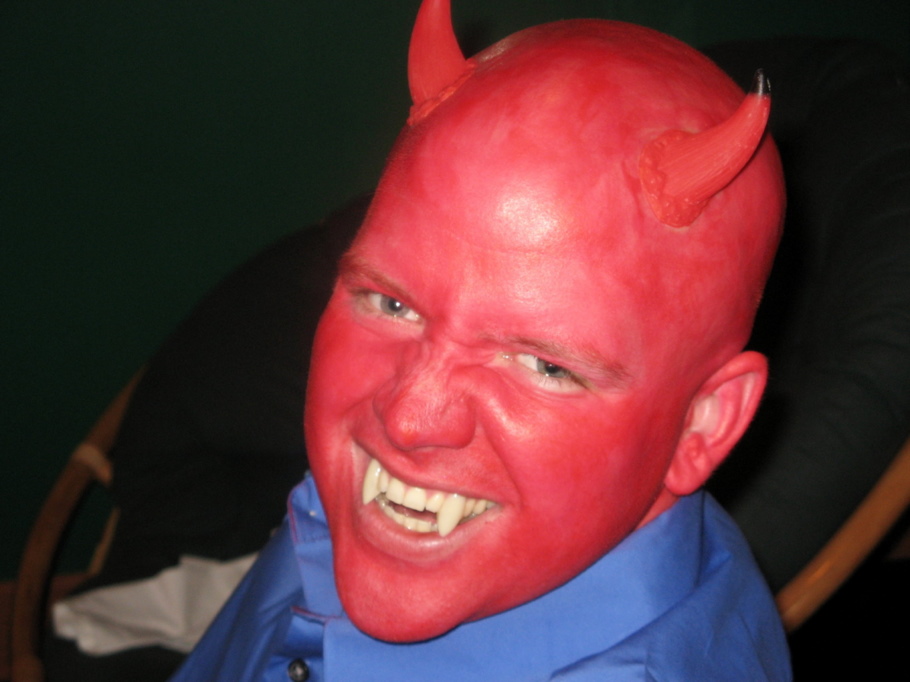 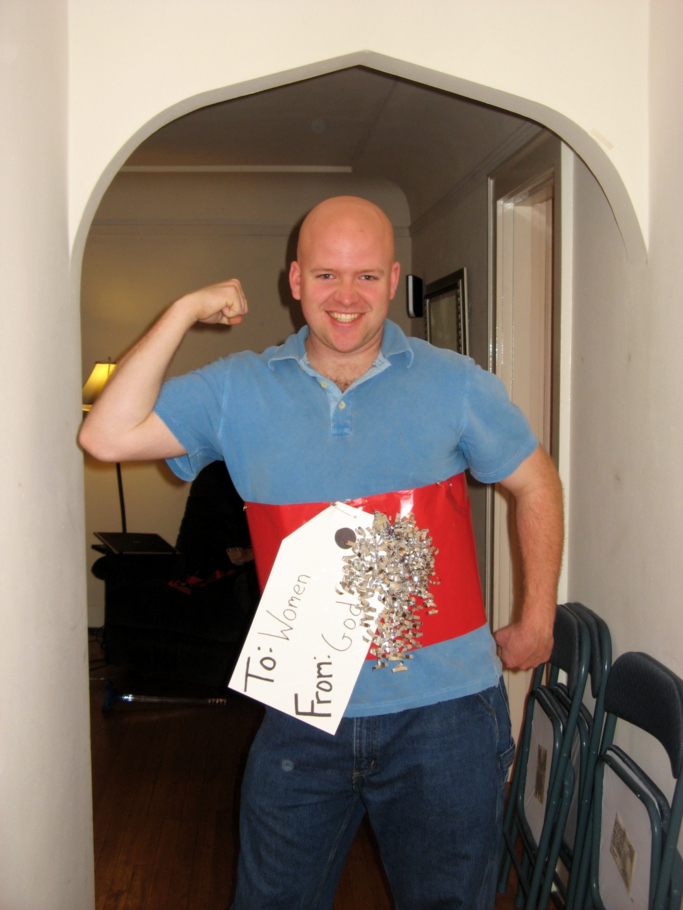 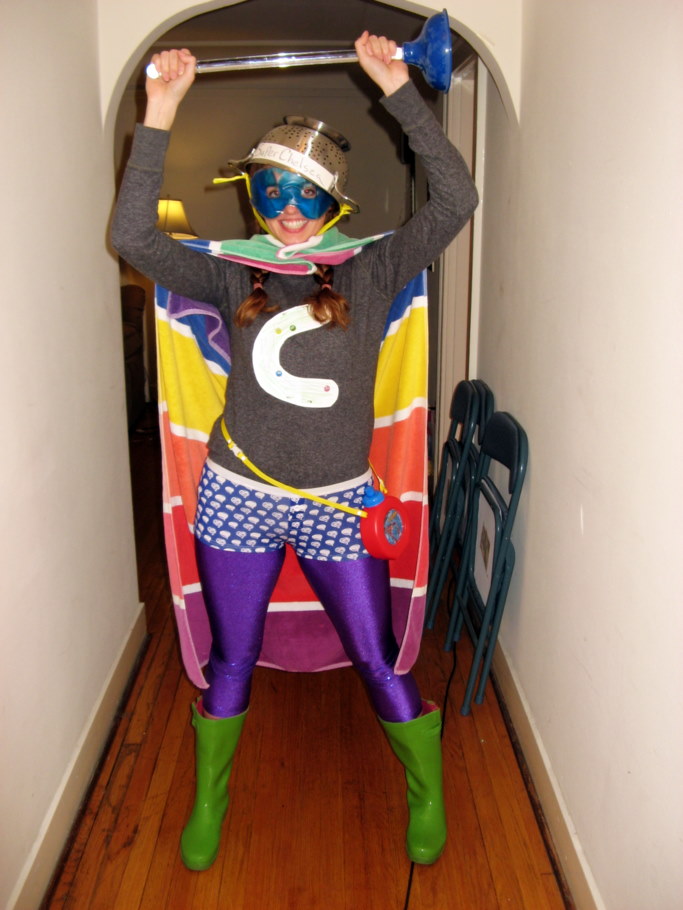 {Super Chelsea. Stole this idea from my lovely sister} 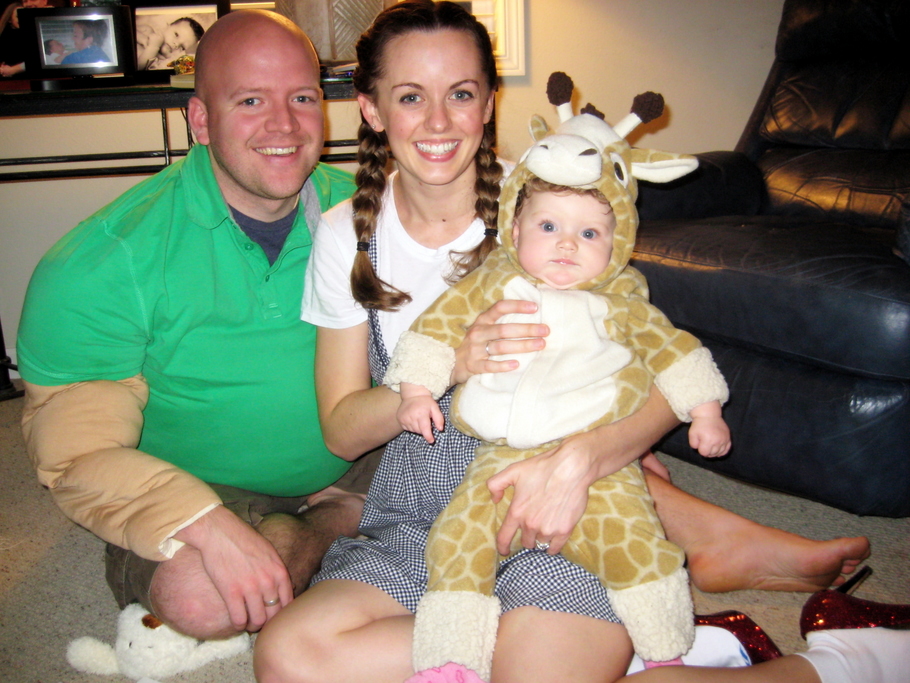 {Last year. I was Dorothy because I'm obsessed with Wizard of Oz and I had the shoes. We decided Ryan was a man stung by a bee? Lily was the cutest Giraffe. I love Giraffes.}

So, any ideas? My sister says I should be Hermione and Lily should be a House Elf, but I don't think I can get fake ears on her...

PS - I finally switched over to an official web address: www.thecurlycues.com. Yay right? Except I seem to have lost all of the old comments, boo. I can still see them in the comments section of my blogger dashboard and on my disqus account but they don't show on the actual blog. I am hoping this will fix itself...is that overly optimistic or what?

UPDATE: Lily has a costume. Anyone who knows me (or just read the post above) can probably guess what she will be. Hey, it is probably my last year having so much say in her costume, I have to live it up! I am still taking suggestions for my costume :)

Come back tomorrow for True Confessions Tuesdays! Write your own true confession and grab the button! The only rule is...it has to be TRUE! 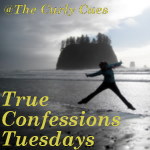