In Which I Say Nerd A Lot

Earlier this week my sister and I attended the Tour de Nerdfighting at Third Place Books in Lake Forest Park, which was sort of a book signing/concert/Q&A/show thingy. There were SO MANY PEOPLE. 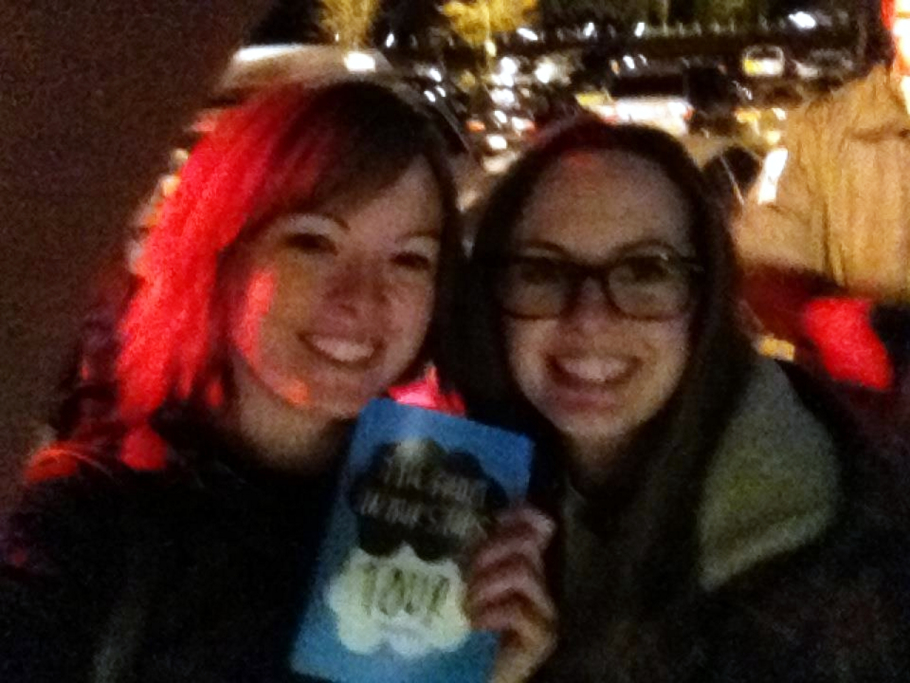 If you don't know who John and Hank Green are, basically John is a writer (one of my favorite authors) and his brother Hank is an environmentalist turned musician. In 2007 they started a video project where they each made a video to the other every other weekday. People started watching, then they started participating. Now five years later Johns and Hank have a huge community built around their videos, the giant Project4Awesome that raises money for charity every year, and even a record label, DFTBA (don’t forget to be awesome!) records. Basically, they are hilarious and nerdy and amazing. If you don’t believe me, go try not to enjoy their videos.

I’ve linked to this before, but if you like awesome nerds like I do, you should watch this to hear more:

We had so much fun and got to meet John for the second time. Last time we met him I was 8 months pregnant with Lily. His wife had just had their first baby so we spent a few minutes talking about epidurals. You know, like you normally do when meeting your favorite author. This time he commented that my glasses were awesome, which is pretty much the biggest nerd compliment that you can receive. 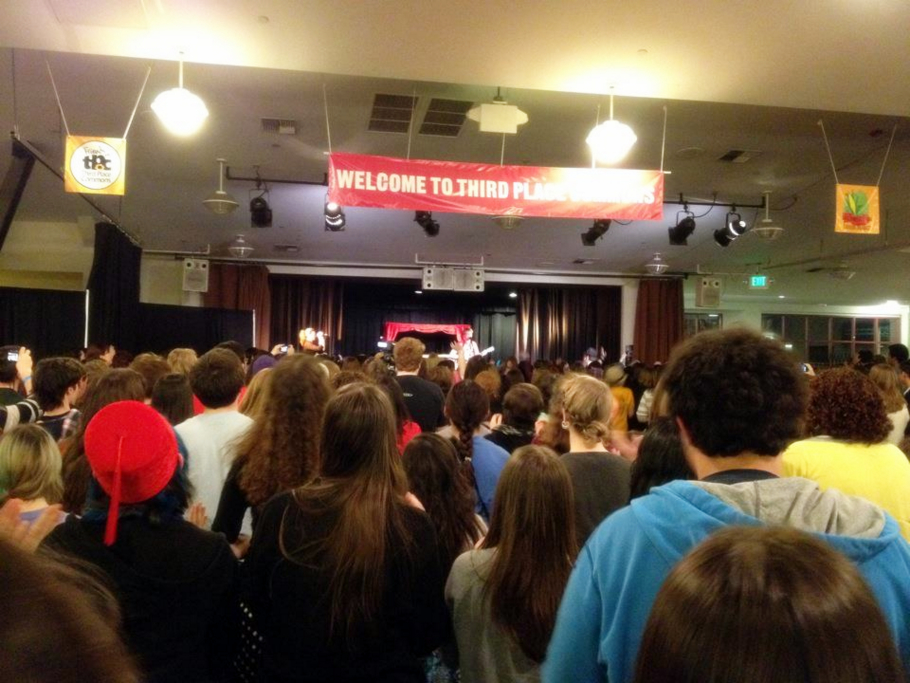 {Hank singing a song about Harry Potter, or particle physics, one of the two. PS - Is that girl wearing a fez? I'm not judging, but really?} 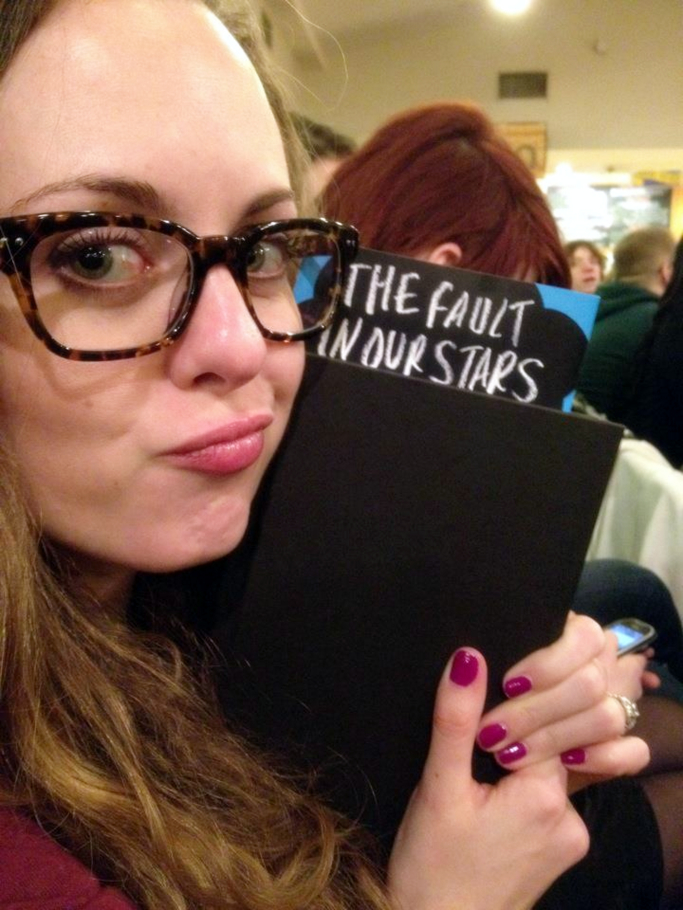 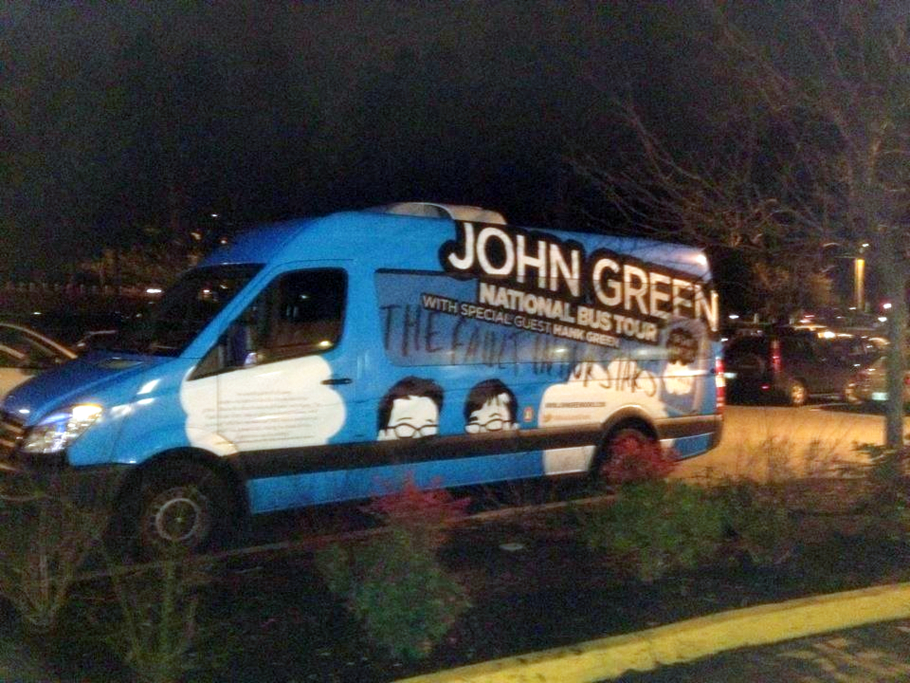 I thoroughly encourage anyone who enjoys reading funny, heartfelt books to pick up any of John’s novels. You see, I have this thing about loving people who can say things beautifully. If you are going to say something, why not say it in a way that makes your nose tingle and your eyes water with emotion at the pure truth of what has been said. I, clearly, do not hold myself to this same standard, but am still able to appreciate it in others.

In John’s latest book, The Fault in Our Stars, his main character falls in love for the first time. He writes: “As he read, I fell in love the way you fall asleep: slowly, and then all at once.”

I’m not sure what it is about that line, but I can just feel it. I know exactly what that means. It makes my nose tingle.

Ok, enough about that. I just wanted to put it out there how much I love his writing. Not only does he say beautiful things, he says smart things. When asked for dating advice he asserted that: “The venn diagram of boys who don’t like smart girls and boys you don’t want to date is a circle.” I suppose that only works if you like venn diagram humor, but who doesn't? 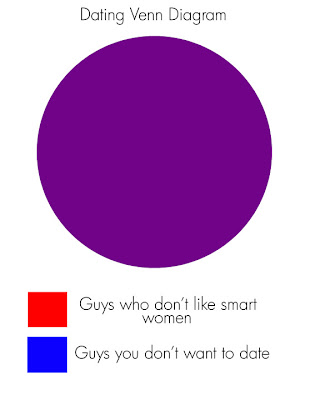 So there you have it, I am a big nerd. But hey, that's not such a bad thing. As John says: “… nerds like us are allowed to be unironically enthusiastic about stuff… Nerds are allowed to love stuff, like jump-up-and-down-in-the-chair-can’t-control-yourself love it… when people call people nerds, mostly what they’re saying is ‘you like stuff.’ Which is just not a good insult at all. Like, ‘you are too enthusiastic about the miracle of human consciousness’.”