A Brief History of Us

Today is my 4th wedding anniversary! Ok, it is Ryan's anniversary too I guess. In honor of that special day, here is a quick story of how we met (interspersed with A LOT of random photos that only date back to when I got a digital camera. I need a scanner for the truly good pics). 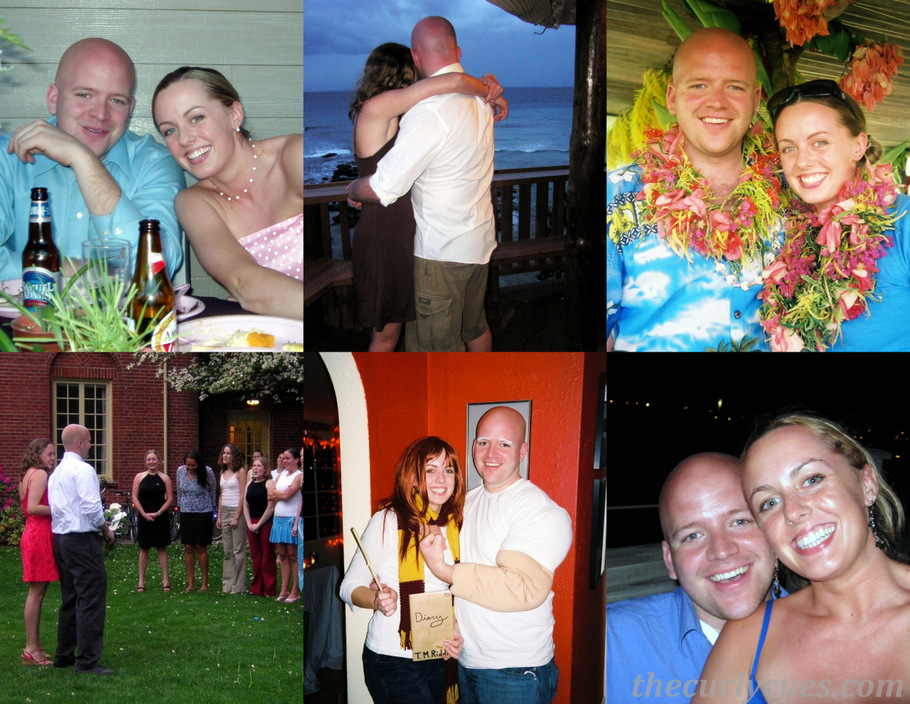 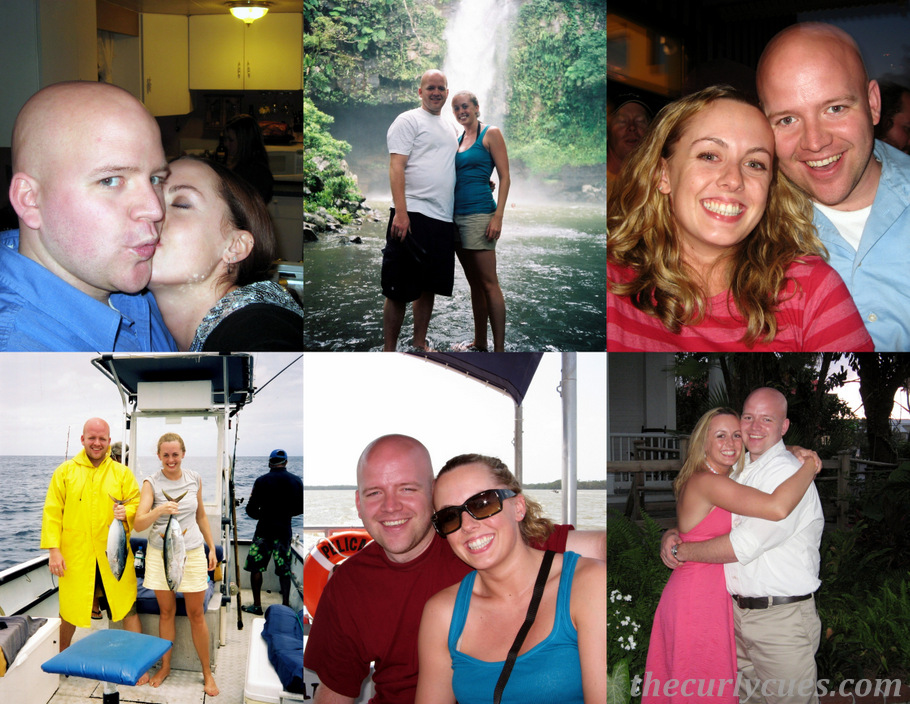 Actually, I'm not sure of the first time we officially met. He was a friend and a fraternity brother of my first college boyfriend and I know we spent time together in groups well before I actually "met" him. I even have a picture from about a year before our first date and we are both at the same party. I do remember talking to him about how some college guys were really creepy, but that he was too sweet and I couldn't imagine him being creepy if he tried. He also remembers being in a small group of my guy friends that come to my dorm room to watch the movie "Hook" and he fell asleep in my beanbag chair. First of all, how romantic right? And also? Who has a beanbag chair! Oh, every college student? Ok. 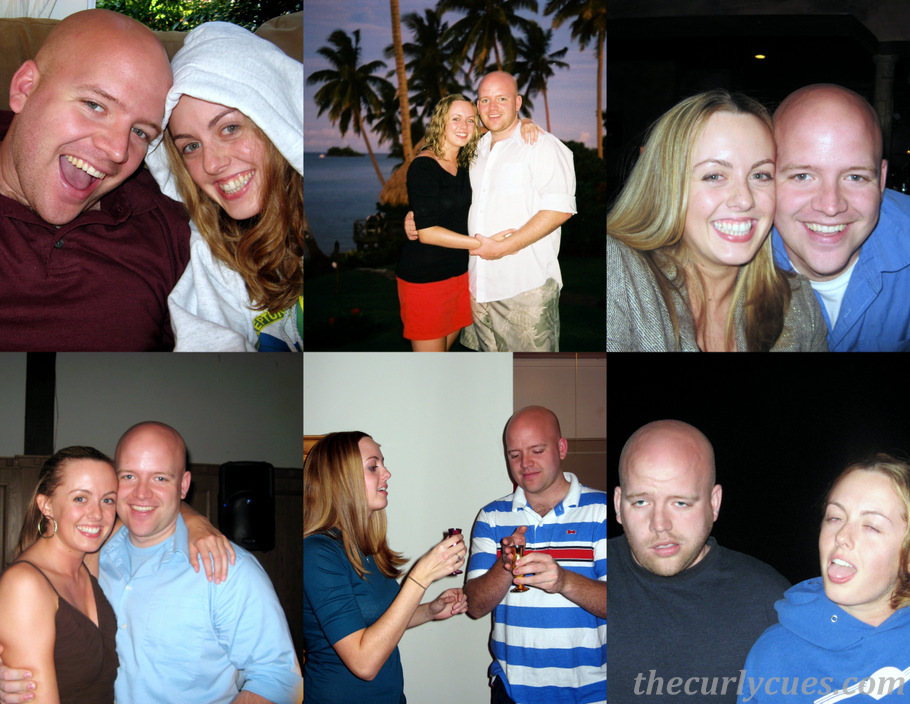 Those extremely exciting encounters aside, the first real part of our story began just before spring break of my sophomore year. Ryan's fraternity had a big dance up in Canada every year called "Sigma Chi Sweetheart" where they basically had a big party and named one girl the "Sweetheart" meaning she was important to the house etc. etc. and they gave her flowers and sang songs. I know, how 1950's of you! But you are not allowed to make fun... I became Sweetheart my junior year. Leave me alone! I was special, I got FLOWERS! 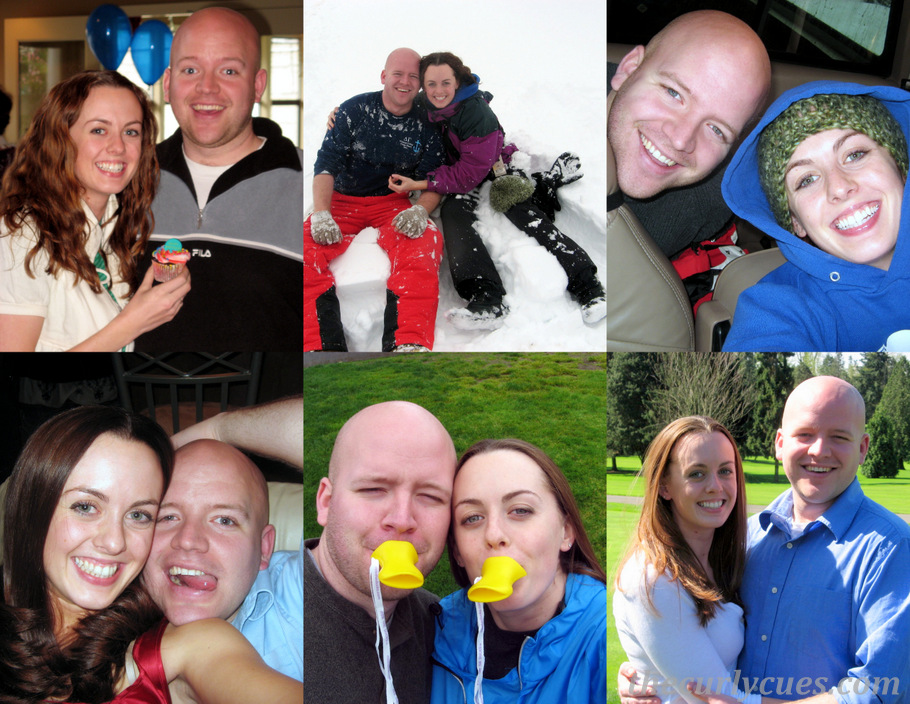 Anyway, I had just come out of a really long drawn out break up and my now ex-boyfriend and I decided it would not be a good idea to go to the dance together even though we remained (and still remain!) good friends. Because I was close with all the guys in the house I guess they wanted me to go and Ryan volunteered to take me. He secretly had a crush on me of course. 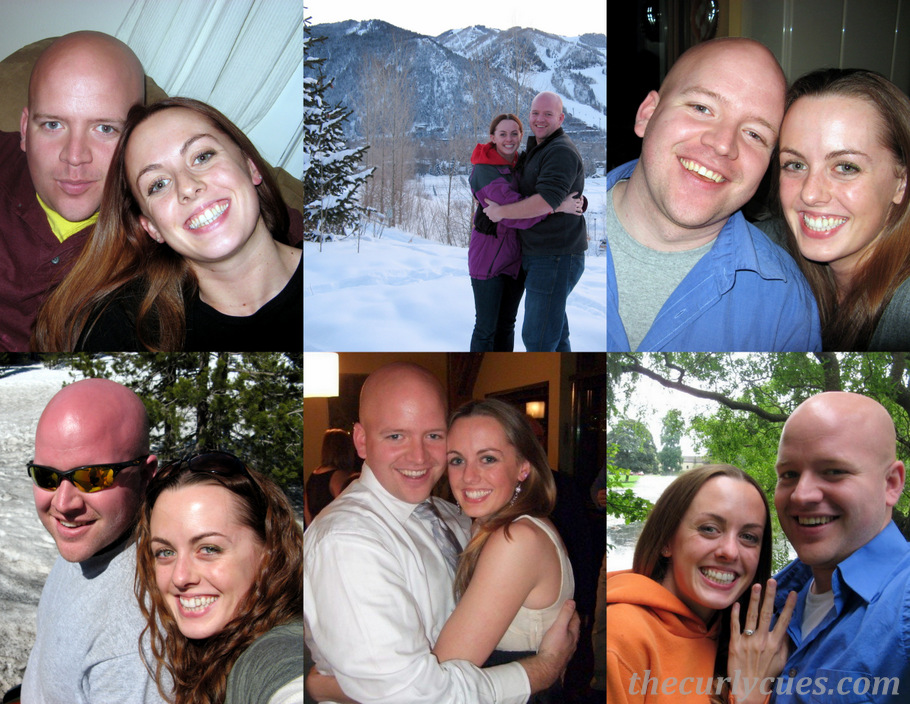 This is how he asked me: he printed out a poem and did that thing we learned in second grade where you dye it with tea and burn the edges to make it look all old. When I think about it now it is so hilarious to picture him doing that. What a nerd, I love him. He also gave me a rose which happened to be my favorite (yellow that turns orangey at the tips) and asked me to the dance. Of course I said yes. 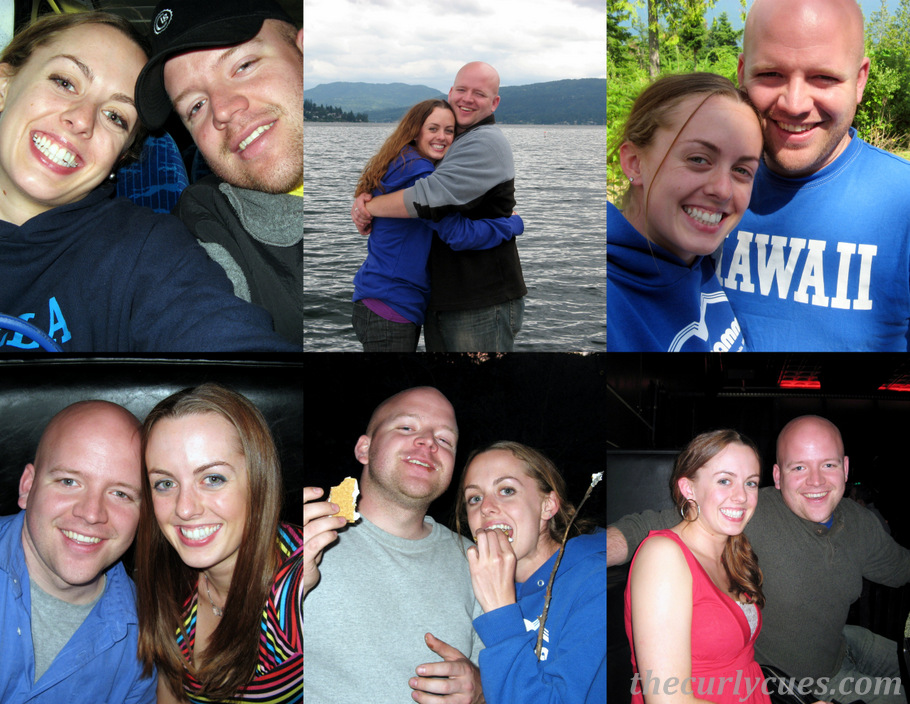 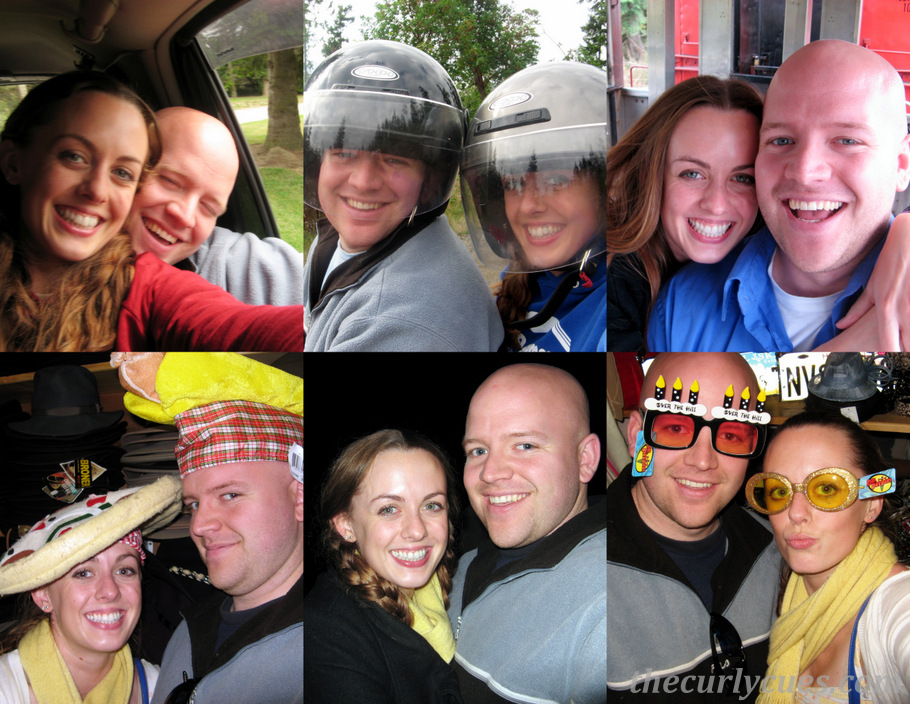 Now this isn't your run of the mill first date. This is a 7 hour drive each way and a two night stay at a hotel. Now don't get any ideas, I'm a lady, there were no expectations of any funny business! In fact, one of our friends shared the room with us the second night! Just had to clear that up. Ok, we may have kissed, but that is neither here nor there. ANYWAY. I was a bit nervous to spend 7 hours stuck in a car for the first part of our first date. What if we didn't get along? What if it was super awkward and boring. Seven hours is a long time. (We were also driving in a big truck with rattlesnakes painted on the side. Yes it belonged to Ryan. That is another story entirely). Luckily one of my good friends and her boyfriend also needed a ride so we had them as our buffer. 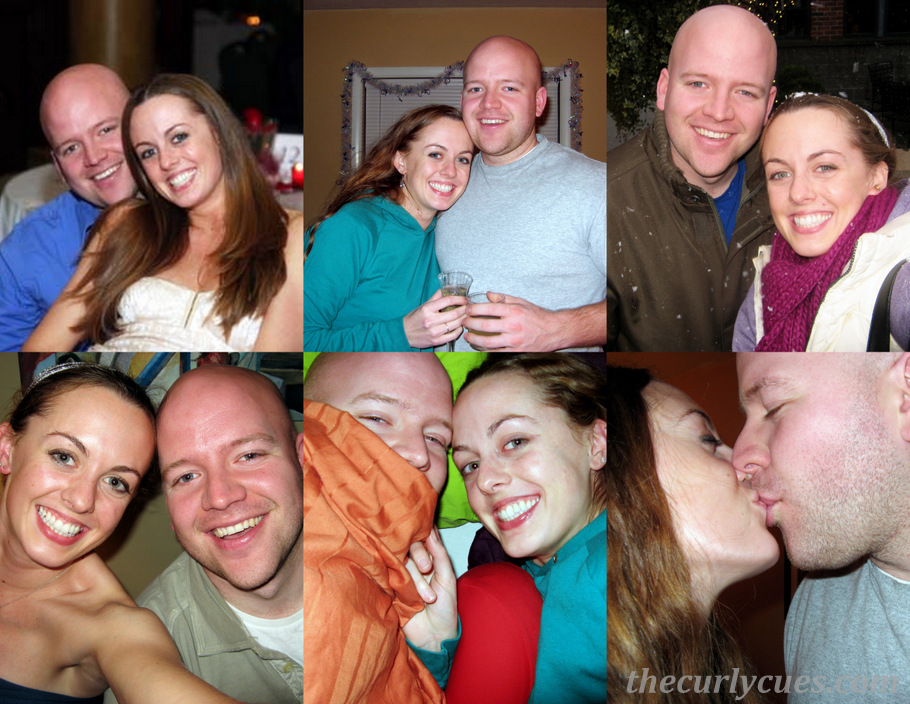 Turns out we didn't need those fools because talking to Ryan was like talking to my best friend. It was like we had known each other for years. It was still fun to have our friends along teasing us and trying to make us uncomfortable, but from the moment we started our trip I knew this was something good. I don't even know how to describe what happened. I was not looking for a boyfriend, but by dinner that night we both just kind of acted like we were dating. It just happened and all of the sudden we were together. It was the most natural thing. We never talked about it. By the time we got back to school he was my boyfriend (though I didn't say boyfriend yet, I'm not crazy...he said it first). 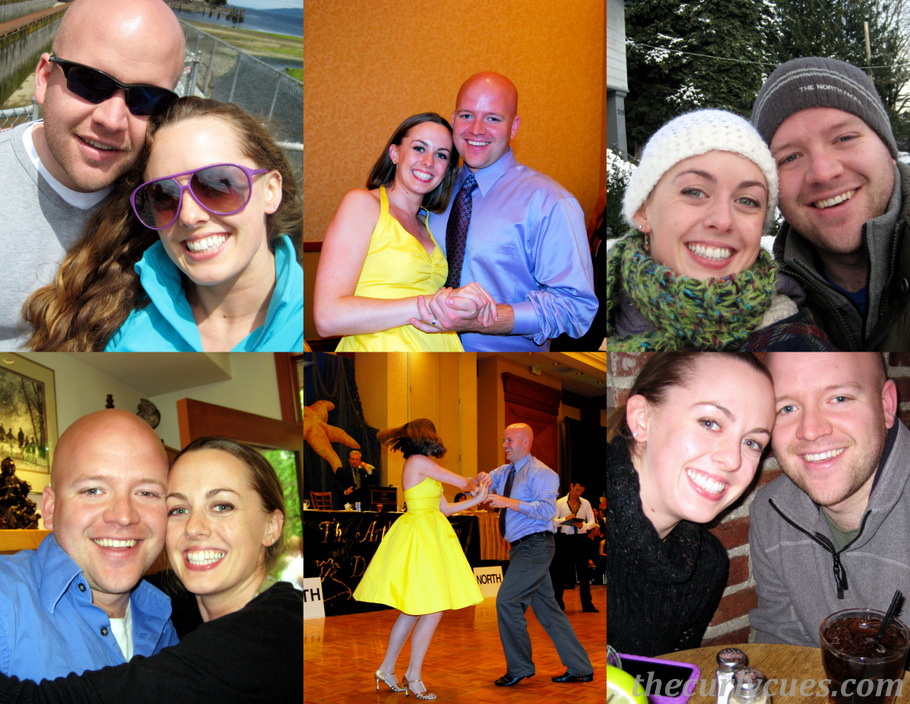 I remember thinking to myself "I really hope I fall in love and marry this guy, because he is too nice to ever break up with." Seriously, I figured if that didn't happen I was going to have to be a really terrible girlfriend so he would break up with me because I could never do it. Luckily I did fall in love with him and 4 years ago today after 6(!!) years of dating, we got hitched. Best decision of my life. 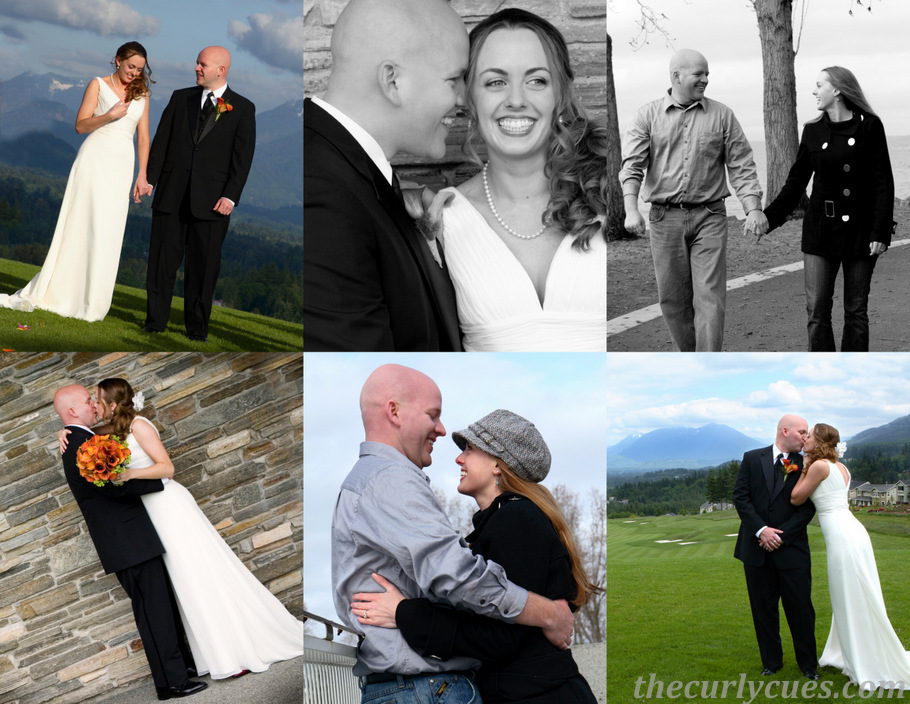 I love you Ryan (just pretend he reads my blog) and I am so happy that we decided to become a family of two, then three, and now almost four! You are my best friend and the love of my life. Thank you for being exactly who you are.