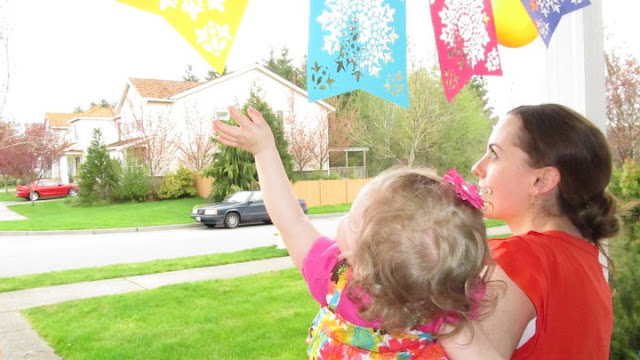 Saturday was the big party. Because she was born on Cinco de Mayo we, of course, had our very own fiesta! I figure this is probably the only year that her party will be more for us than for her. Don't get me wrong, she had a great time, but even though she is very expressive...she can't really contribute to the party planning yet.
So it was tacos and margaritas for all! 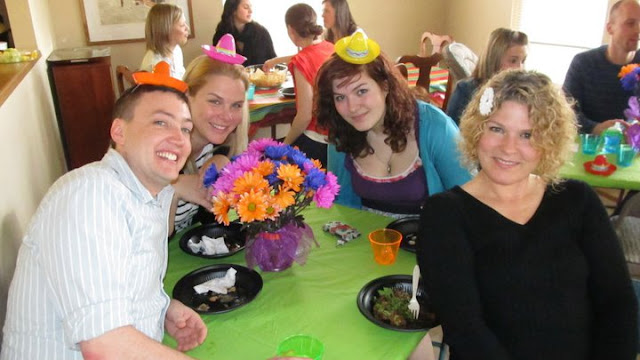 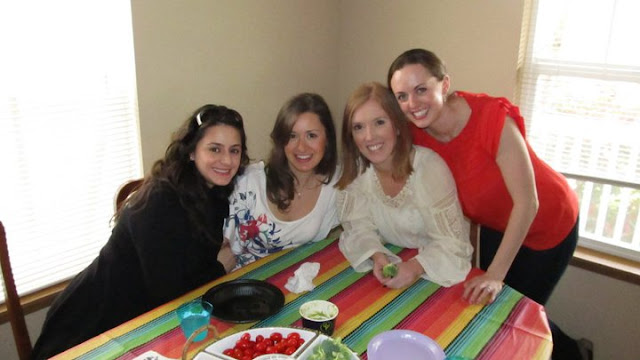 I had the ingenious plan to put Lily down for her nap at my mom and dad's house (less than a mile away...I know, it rocks) so when the party began it wouldn't wake her up and she could come over all refreshed after her nap. I didn't plan that she would sleep for almost 3 hours! Needless to say, she made quite the fashionably late entrance.
I decided to go easy on myself and order the taco makings from Qdoba. It was awesome and so much less stressful than trying to make it myself. Maybe when I don't have to spend my morning chasing after a toddler (who is on her way to actual toddling now!) I will be a little more Martha in this aspect.

I did, however, make the desserts. I made simple chocolate cupcakes with vanilla frosting for the guests and an apple cinnamon cake with cream cheese frosting for my birthday girl. 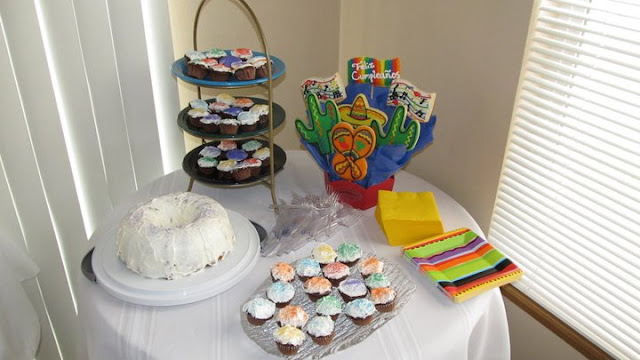 A caveat: I don't know when it happened, but I am SUCH a granola mom.

Before Lily was born we decided to do cloth diapers. I had a good friend who had used them with her two kids and she made it seem easy and very doable. Turns out, it HAS been easy. A lot of people scoffed when they found out we were planning to cloth diaper. They didn’t think we could do it and I found that to be extremely insulting, and perhaps somewhat of a challenge. Challenge accepted. I guess most people still have visions of giant safety pins and expensive services and not the reality of super cute velcro covers and easy washing right in your washing machine. But that is a discussion for another day. I don’t look down on people who use disposables, it was just the right decision for us as far as cost and our environmental consciences. Granola.

Then it came to feeding Lily. I struggled with breastfeeding a bit at the start, but I knew it was cheap and good for her and I didn’t have the supply problems that a lot of women struggle with so I kept at it. I quickly grew to love it and I am currently having some major emotional struggles with the idea of weaning (again, a topic for another day). When she started eating solids I decided to try making my own baby food. It seemed simple enough (magic bullet + freezer = easy peasy). I have nothing against Gerber, but it was cheaper (see a theme here?) and I liked the idea of knowing exactly what was going into her body. I feel like she has a fresh start and while I’m in charge of what she is putting in her mouth, I want it to be quality stuff (insert eye roll).

This brings me back to the birthday party. Everyone is big on the 1st birthday cake. The first time they get to pig out on sugar. I am all for this fun tradition, but I really didn’t see why she had to go from no sugar to crazy processed sugar overload. So yeah, I made a cake with less sugar (believe me, there was still a lot) and more fruit. Did she love it? Yes. Was she still on a major sugar high that interrupted all sleep for the next 24 hours? Yes. 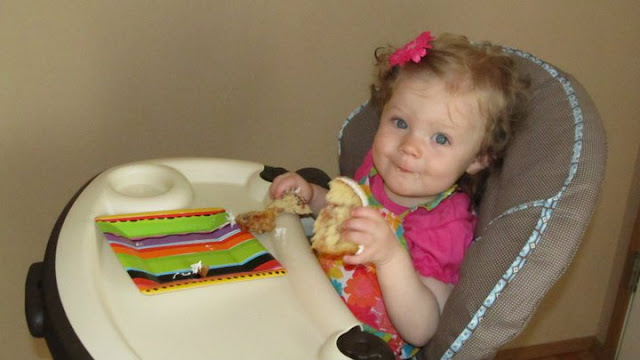 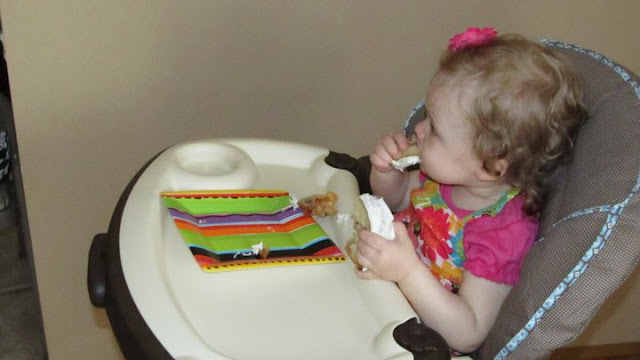 I am really such a hypocrite considering my favorite candy as a child was Lik-M-Aid Fun Dip. Literally a stick made of sugar being dipped into... well... sugar. See how I said “was” trying to imply that it isn’t still my favorite?

Back at the party the company was lovely, the food was delicious, the drinks were plentiful and the decorations were oh-so-cute-if-I-do-say-so-myself. I haven’t been able to take down the poufs yet. This is normal family room décor right? 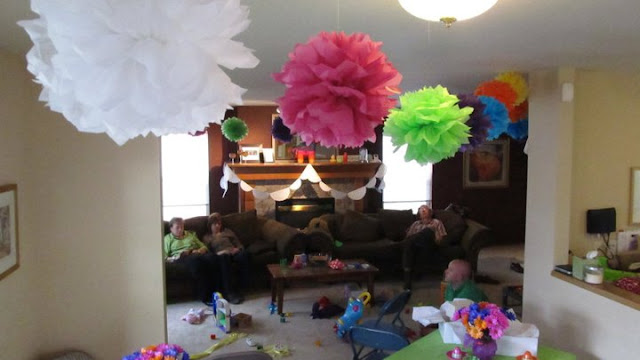 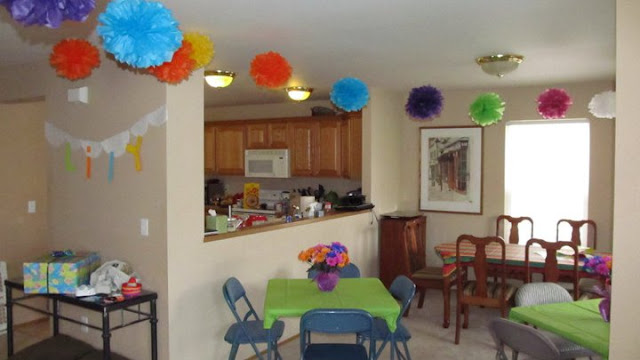 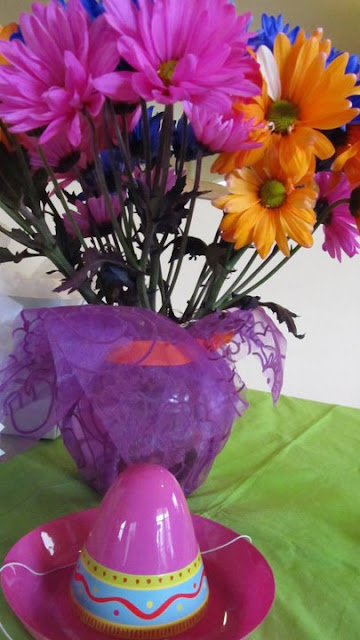 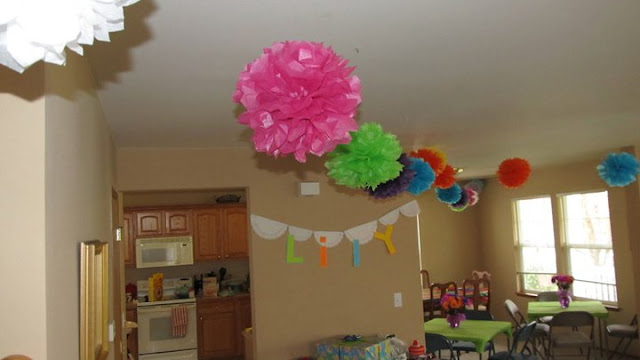 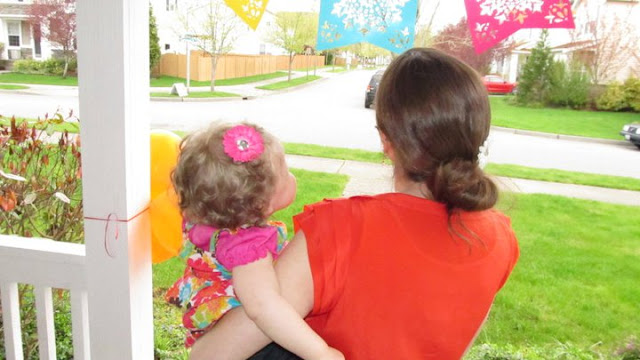 The birthday girl had a ball being doted on and opening gift after gift. 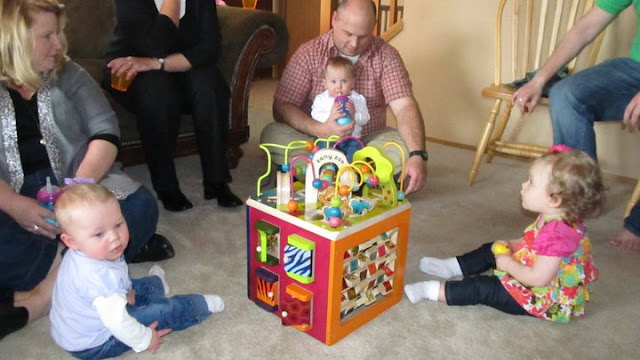 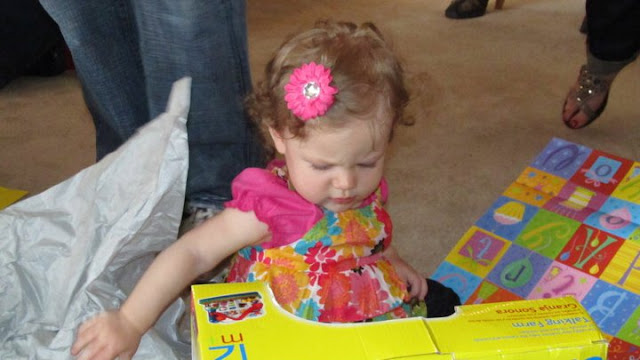 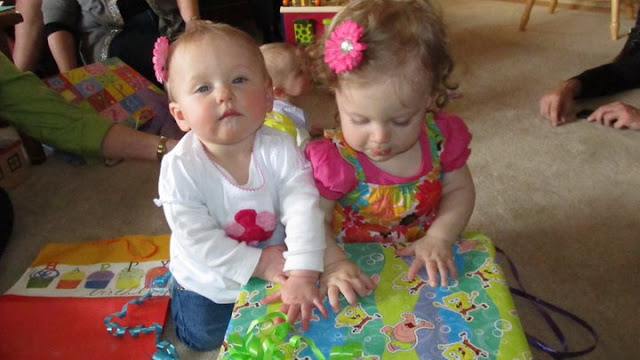 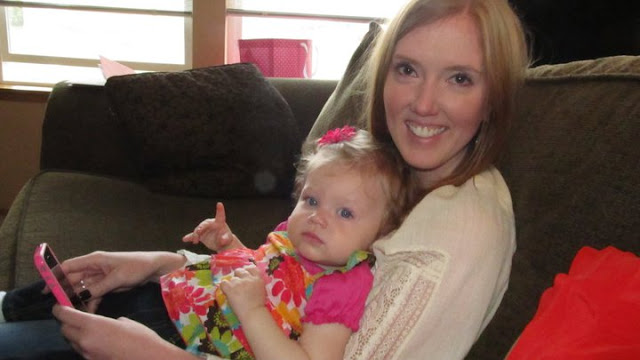 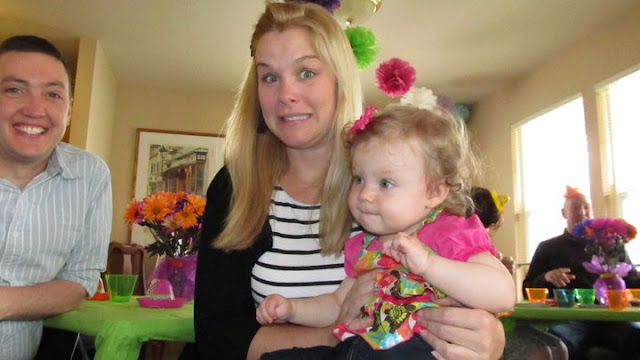 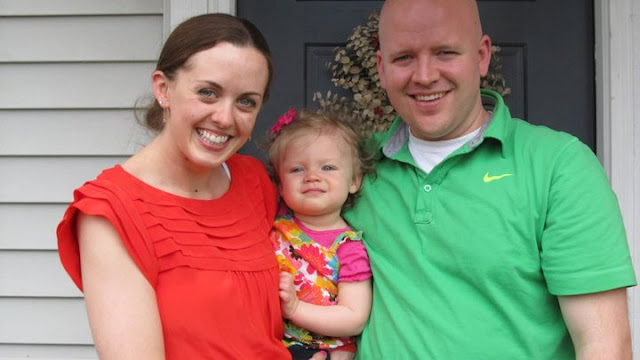 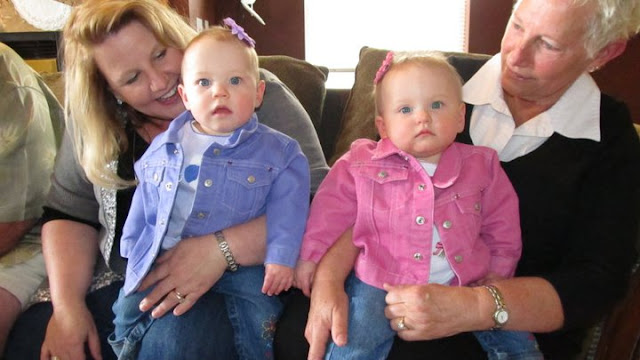 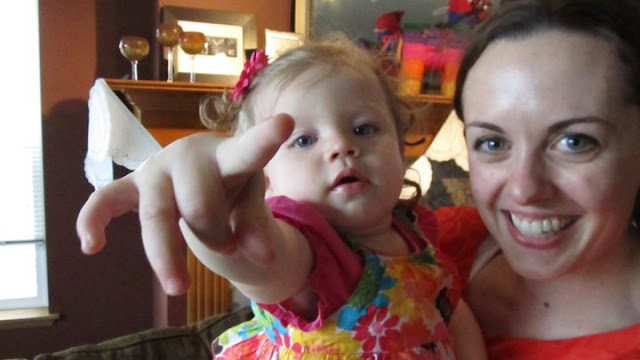 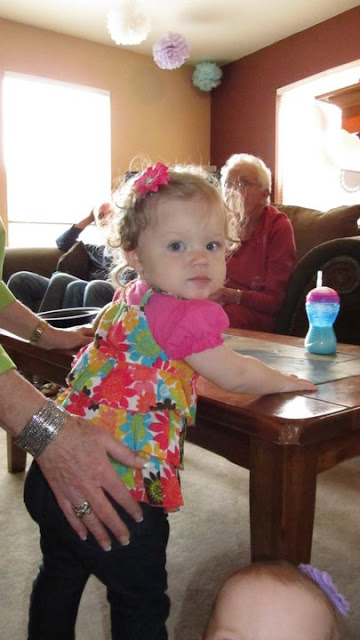 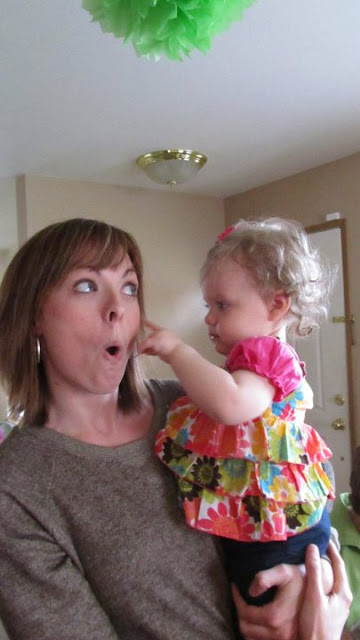 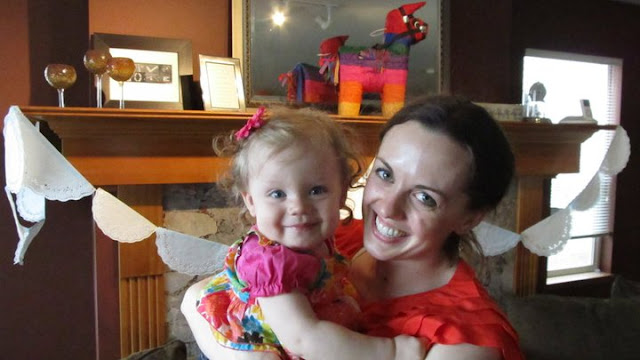 She hasn’t been napping well since because all she wants to do is play with her new toys and dance her hilarious dances to the songs that they play. She has changed so much in the past week. Pulling up on everything (looking so proud of herself in the process), giggling like a mad woman, perfecting the speedy crawl towards places she isn’t supposed to go, and the dancing, oh the dancing. Shoulder shrugs and flapping arms, booty bouncing and tummy wiggling.

This girl has moves, she takes after her mama. 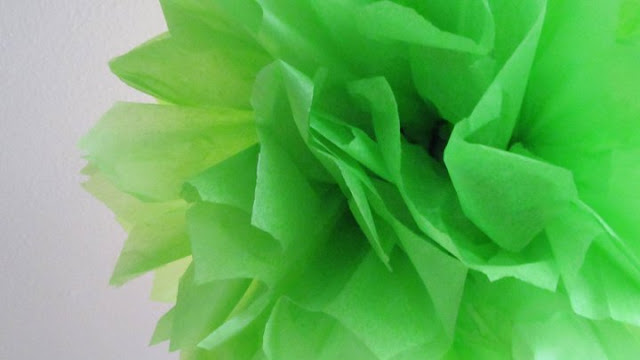