I have two kids.

I know this should not come as a surprise, but I have two kids and they are (gasp) different from each other. As much as I have pondered the whole nature vs. nurture thing and as much as I am all over Lady Gaga’s “Born This Way,” I still kind of expected my kids to be more like each other. They do have the same parents and they do live in the same environment, some of their crazies HAVE to be our fault right? But no, they were born this way dammit and this is how they will be! 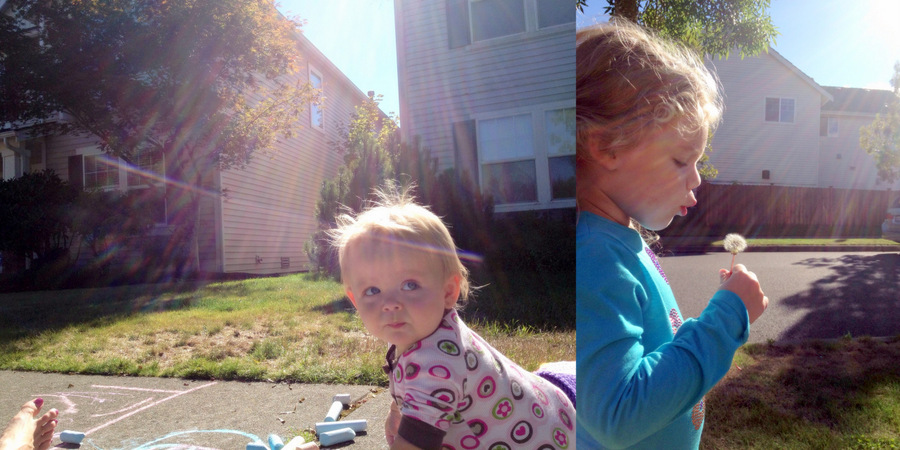 When I was pregnant with Mila and going through the “how will I love another?” guilty mom phase, I was secretly hoping that she would look different from her sister. I don’t know why I fixated on the physical part, but I just wanted them to each have their own look. I was so excited when she was born and had no hair! I think it just helped me separate them as two distinct beings that I could love. I don’t know how else to explain it.

Now that Mila is a full-fledged little human, I see that their personalities make them distinct as well. Their differences might seem silly to an outsider (YOU! YOU OUTSIDER!), but just funny little things have come as such a surprise to us. Lily, for as long as I can remember has been a little fish. I could actually leave her in the bathtub for three hours (I don’t.) and she would still complain when I took her out. Mila gets her fuzzy little head washed and then immediately tries to climb out. Done. Moving on. Lily HATES loud noises. As soon as she hears a fire truck in the distance she says: “I want to go home!” Therefore, every time we vacuum, which lets be honest isn’t all that often, she is up on the couch with her hands over her ears. Mila on the other hand must be restrained because she spends the whole time chasing the vacuum and patting it like a dog. Lily has always kind of eaten like a little bird and we practically had to hand feed her for the first couple of years just to get enough food in her mouth. Mila eats…not like a little bird exactly, more like a small bear. She shovels food into her mouth and growls and claps. I take the clapping as compliments to my cooking but I think it is mostly “yay food!” Ryan and I often find ourselves looking at each other and saying out loud: “our kids are different!” It keeps things exciting I suppose. We get to learn how to parent two completely different personalities. You know what they do have in common? They are both exceptionally adorable. I take credit on that one. Nature for the win!

Email ThisBlogThis!Share to TwitterShare to FacebookShare to Pinterest
Labels: captain obvious, i have two kids, sisters