Ooooh, a title with double meaning... get ready for a picture collage over load!
First, our Independence Day! 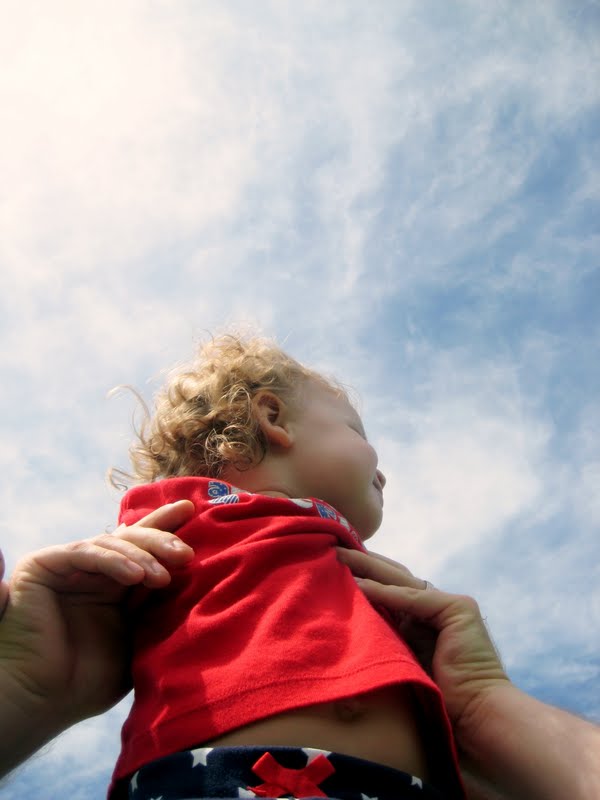 Our 4th of July was spectacular. Our neighborhood puts on a kids’ parade and fair the morning of the 4th, and though Lily slept through the parade we made it in time to enjoy the festivities. 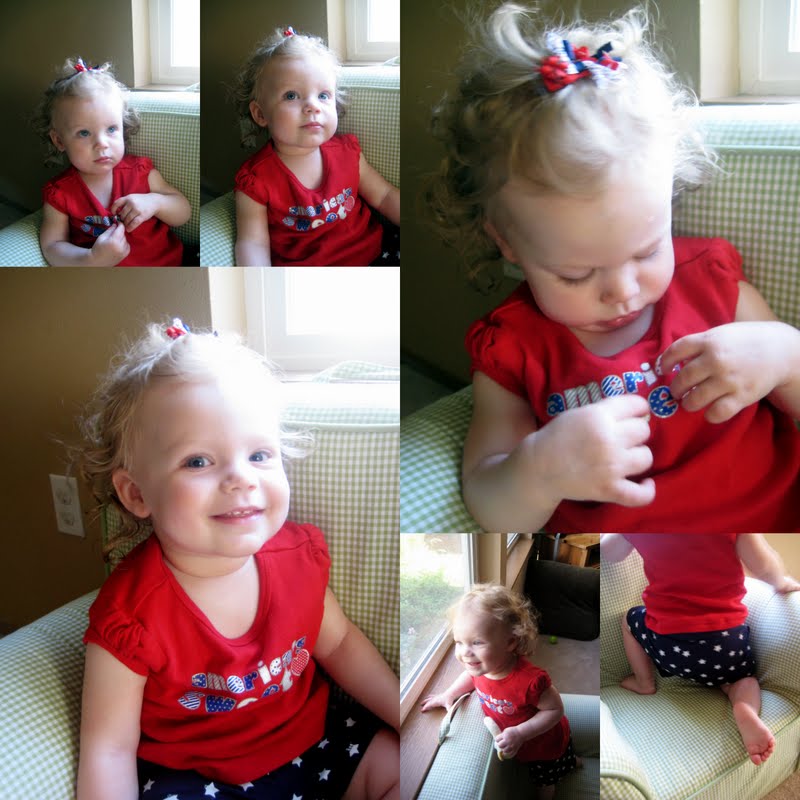 Checking out her patriotic attire. 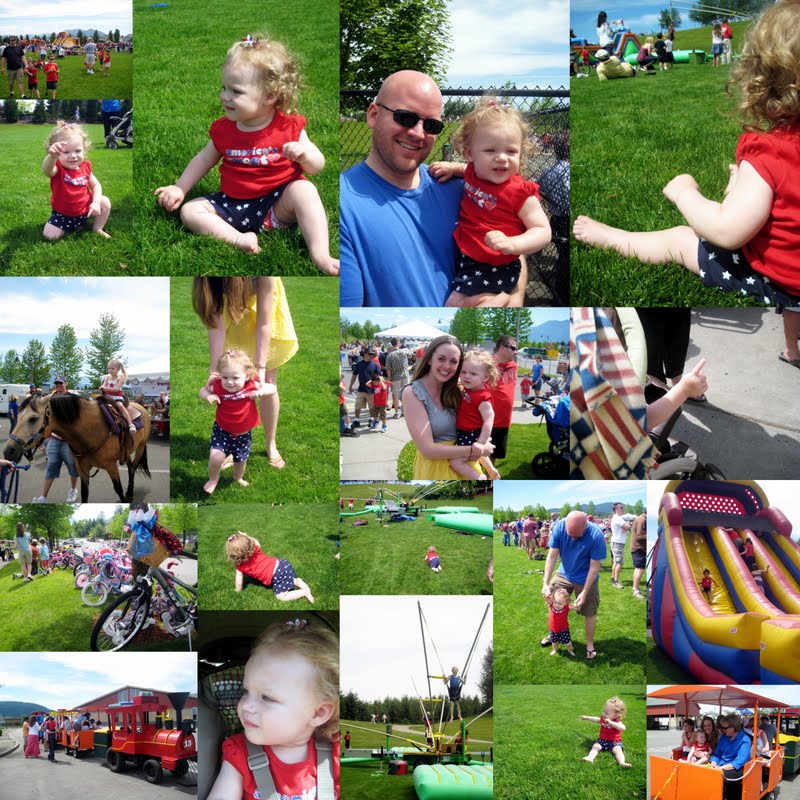 She LOVED crawling around the open field and watching all the people tromping around. She also got a kick out of the train ride...even though it only went around the parking lot. Ok, I had fun too.
That afternoon, Ryan took Lily and let me take my mom out for an early birthday celebration. We walked all around Seattle enjoying movies, shopping, martinis and ended it all at my office's 4th of July party. The law firm where I work is right on a lake in Seattle that has the huge fireworks show, so every year my boss hosts a great party. Last year we left before the fireworks because Lily was so little, but THIS year Mama got to stay until the very end! It was a great night with my beautiful mom and I really appreciate having a husband who is so involved and more than happy to get some one-on-one time with little bub. 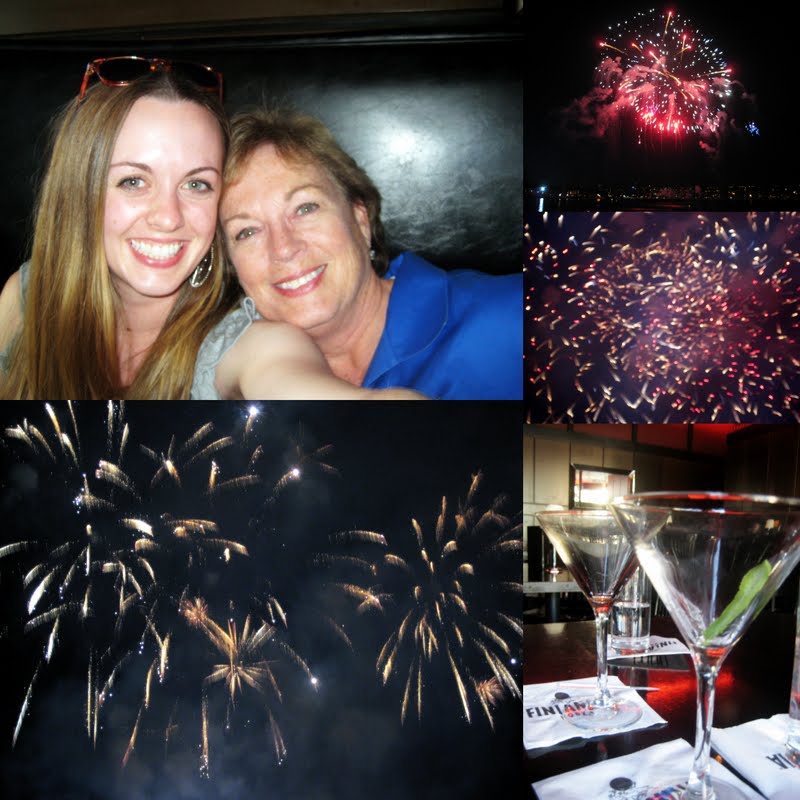 Speaking of the peanut, she is 14 months old! People always told me that kids are so much more fun after they turn one. I always disagreed saying I love the little lump stage, but I see it now. She is such a funny little person. Here are some things she is up to now.
Likes:
Her baby. Dragging her by her leg, licking her face, giving her gentle pats on the back. When you ask “where’s baby?” she will search until baby is found, so make sure baby is not at Nani & Papa’s before you ask.
Climbing. Her little chair, people, over toys instead of around them.
Kisses and hugs. Though she has become more fickle.
Pointing at thing. My favorite.
Her daddy. He’s the best.
Having you hold her hands so she can walk around. All. Day. Long.
Paddy-cake. She is especially good at “rolling it” and putting it “hiiiigh” in the oven.
Being outside. This girl has always loved being outside and now that it is (finally) summer around here, we make sure to do it as much as possible, though sunscreen presents an issue (please see dislikes below). 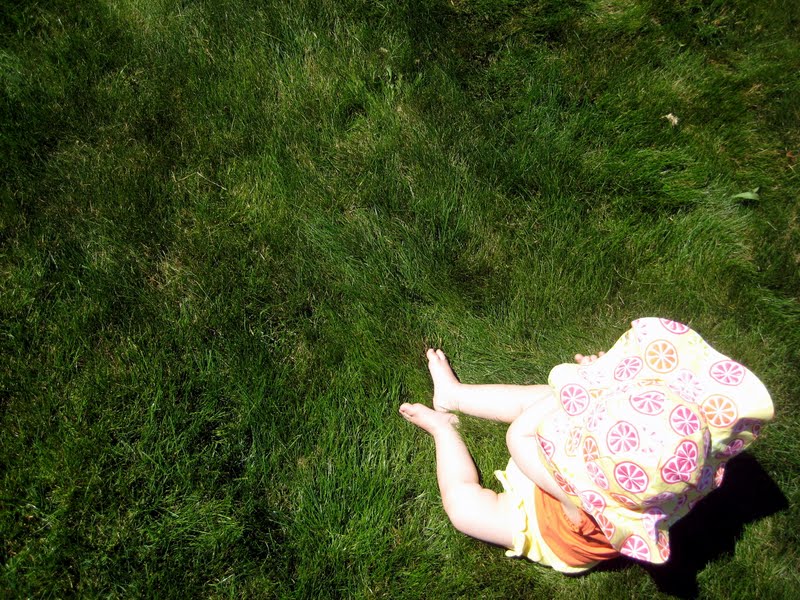 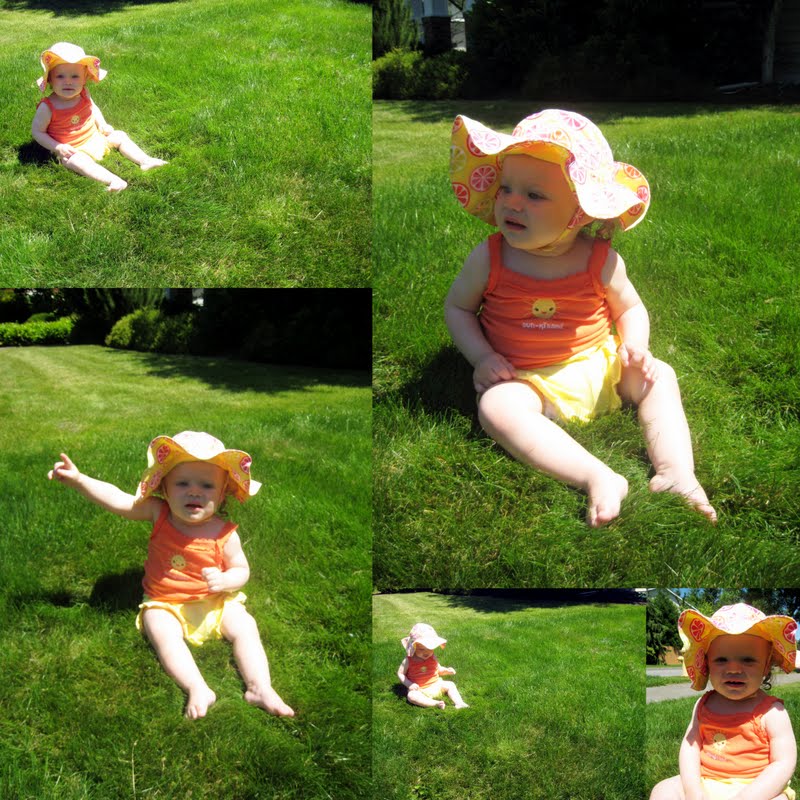 She is pointing at the ice cream truck as it drove by. How do kids know? Is it ingrained at birth?
Dislikes:
Sunscreen. I get it, but that isn’t changing anything. All-natural-doesn’t-soak-in-greasy-baby-sunscreen. I’m all over it.
Having her diaper changed. She does, however, enjoy the sound it makes when she rips off the velcro of her diaper cover.
Being forced to do anything. We must set her milk near her so she doesn’t think we want her to drink it…then she will drink it when she is ready. I recently realized that this is EXACTLY like her father. I have to make them both think things are their idea or else they resist to the point of non-compliance.
Having anything taken away from her. Thankfully distraction is still a successful technique. I just love that sneezing picture above. Also, look at that romper, what is cuter than that? NOTHING that's what! 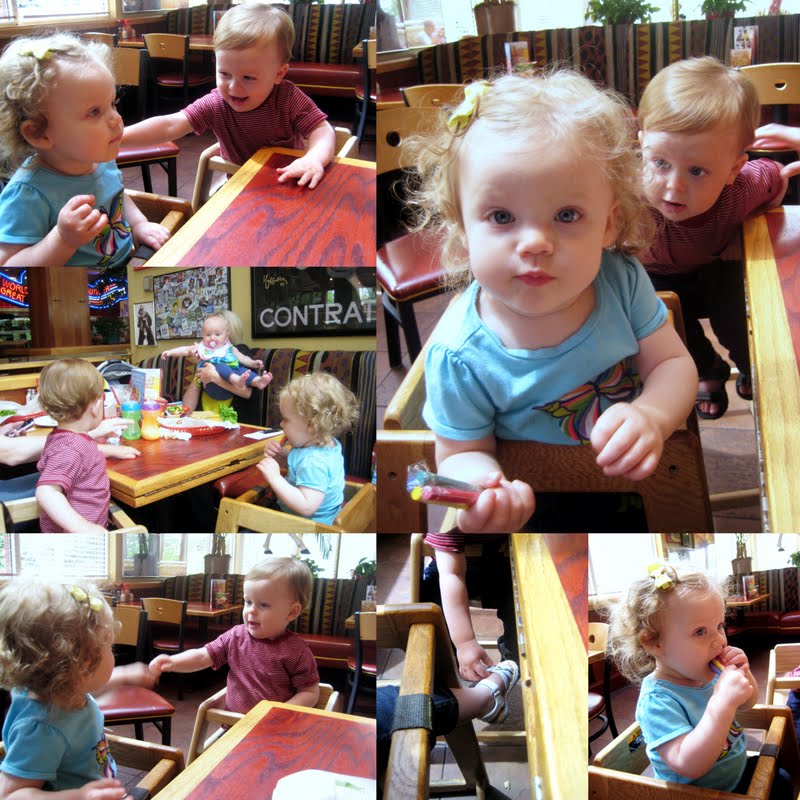 More pics from our lunch date with Mandy and Bennett. They were so funny together. Bennett was fascinated by Lily's hair. Don't worry, his mama kept him from yanking any actual locks.
I am sure there are many more, but mostly she is just a happy silly, loving kid who is testing her independence more every day. She is in that in between stage where she wants the safety of Mom and Dad, but also feels the need to explore her boundaries. I love her more than all the ponies and rainbows and puppies in the world…combined.
Our little adventure has begun, I’ll update later on how that is going, but suffice to say there are a lot of snuggles going around our house.
Posted by Love, Chelsea on 7/07/2011